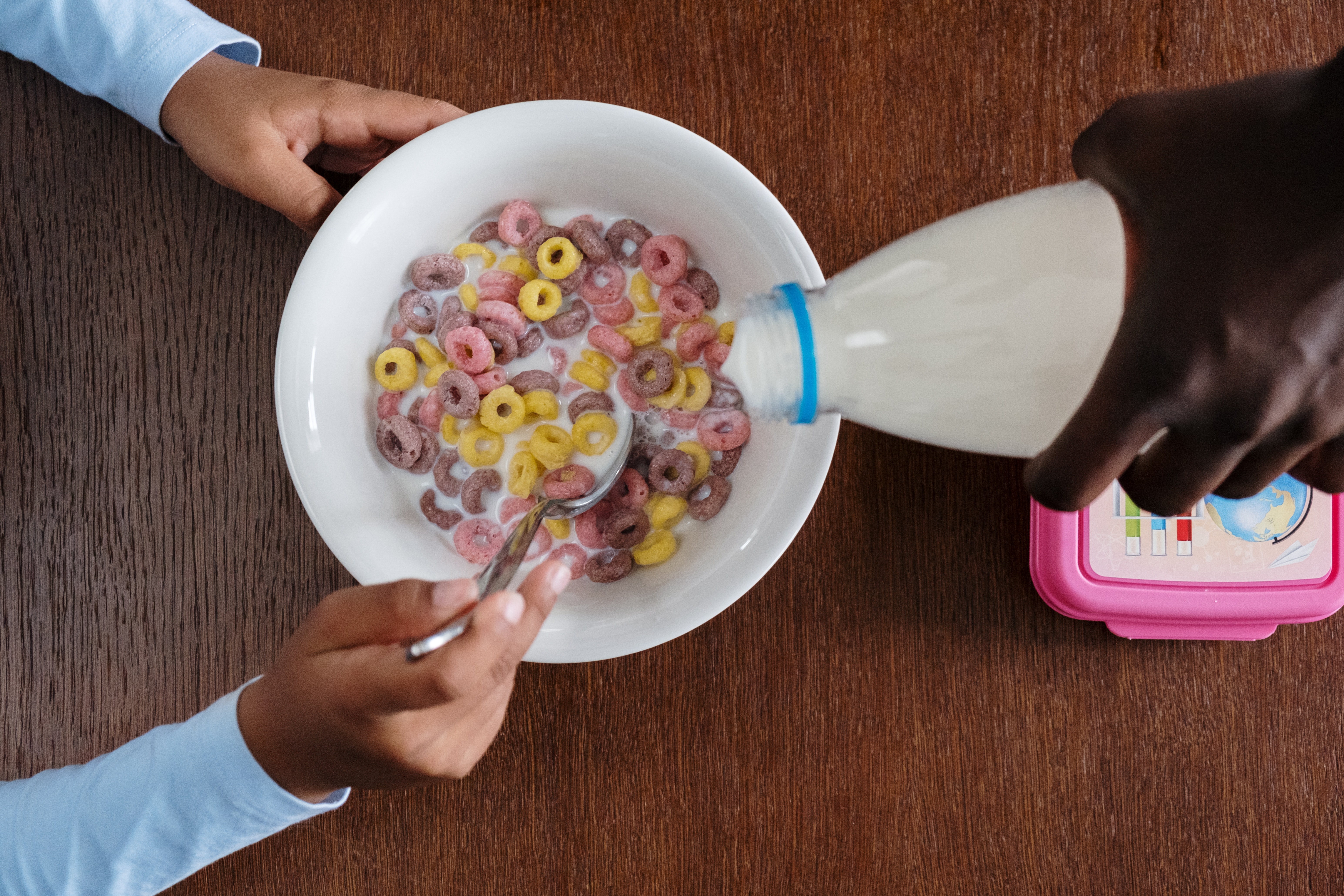 Why Milk Does Not Do Your Body Good

My friends used to laugh at me because when they opened my fridge, nearly half of it was full of milk.  I used to go to the grocery store and buy as many as 10 litres of my favourite brand of milk at a time.  I couldn’t get enough of it.  In fact, I craved it.  And may God bless whatever poor soul was in my general vicinity when I discover I’m out of milk in the house.

At least you’ll have strong bones.

Little did I know how deceptively unhealthy milk really is for us.

Well, since then, I’ve kicked the habit, and I am proud to say that I am nearly 8 years sober from my milk-imbibing ways.

What made the difference?

Pasteurized milk is not real milk

In many parts of the world, milk is pasteurized, which means it has been boiled.  The industries do this to kill off any potential pathogens in the milk, and although that’s a good thing, it also kills off anything that was ever good about it in the first place.

It also destroys all the original digestive enzymes, which is why so many people get stomach upset when they drink large amounts of pasteurized dairy.

Hey. My goods are legit. It ain’t my fault they’re ruining it for everyone.

Potentially, yes.  But if you’re getting raw milk from a grass-fed cow that was raised in a clean, healthy environment, your chances of getting sick is virtually eliminated.

Besides, go talk to people.  Many of them were raised on farms and drank raw milk everyday. And they’re still alive to tell the story today.

Because all of the beneficial digestive enzymes are destroyed, a large percentage of the human population actually can’t tolerate dairy.  And when you consume foods you are intolerant to, your immune system kicks into high gear and treats the offending particle as a toxin.  It’s a major source of chronic inflammation, leading to all kinds of ailments such as:

Pasteurized milk spikes your insulin levels into the stratosphere

Most people have heard of the Glycemic Index.  It is an index that measures how much your blood sugar spikes when you consume a particular food.  The Glycemic Index of milk is quite low, which – in theory – is a good thing, because you want to eat predominantly from food groups that keep your blood sugar stable.  Low-glycemic foods promote a healthy weight and all sorts of good stuff.

But there is another, lesser-known index called the Insulin Index.  It measures how much your insulin spikes when you consume a food. Not a lot of studies have been done on it, and so very few people have heard of it.  Generally, one could assume that if your blood sugar spikes, you’ll have a a similar spike in insulin.  The two are usually closely correlated.  The shocking discovery was made was that it wasn’t always the case with certain foods – milk being one of the worst offenders.

This will partially explain why I was literally addicted to milk, by the way.  I was having cravings brought on by my raging, milk-induced hormones.

Did I just say that?

So, if you just fell off your chair with that last statement, trust me, I’m right there with you! Don’t forget, I gleefully drank enough milk in my lifetime to fill the Gulf of Mexico because I was told it would strengthen, not weaken my bones!

Although there is a large amount of calcium in milk, what no one tells you is that your body absorbs almost none of it.  The pasteurization process renders most of calcium completely useless to you.

Secondly, milk, when processed in the body, is quite acidic.

Our bodies prefer an optimal pH of 7.4, which is slightly alkaline.  When our pH levels drop, our bodies will make adjustments to re-balance our internal pH balance.

So when our blood pH becomes too acidic, guess what the body uses to neutralize it?

Calcium is a very alkaline mineral, and our bodies will readily pull the mineral out of our bones to neutralize our internal pH.

Mmmmm…. osteoporosis in a glass.

So there you have it.

Despite what the ad agencies have been trying to tell you, milk does not do a body good.

And if you haven’t been drinking buckets of milk everyday, I’m here to tell you that it’s okay to release your guilt.

And if you are a milk addict, well, here’s my hand.  I’ve been there.

But believe me, it’s much better on this (grass-fed) side of the fence.

In health and high heels,

We have 30 guests and no members online

I have personally worked with hundreds of clients over the years to achieve fitter bodies and more radiant energy.